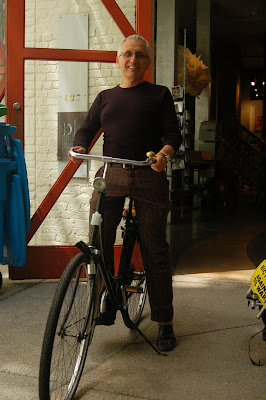 I was donating a photograph for the Walk SF benefit party being held at DB + P. The entire staff rides bikes to work, and they all dress impeccably, including David Baker in his tweed wool trousers. David and I discussed the fashion differences between San Franciscan cyclists and European ones, one of which is the choice to wear a helmet or not. He showed me his pinstriped helmet: 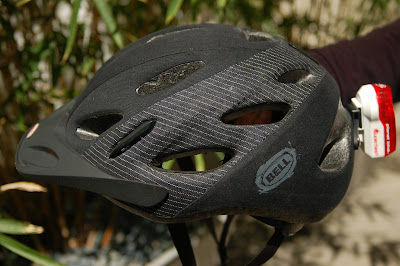 Not only was his bike an Old Dutch, but he had some retro accessories like this bell: 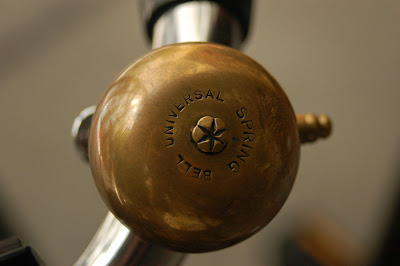 And here's another nice detail:

The bike says a lot about the man!
documenté par Kristin Tieche à 09:08

Another great profile. Thanks, KT.

Very nice. The helmet detail makes his kit über special to me.