There's an exhibit called Les Parisiennes de Kiraz at the Musée Carnavalet about French illustrator Edmond Kiraz. It's dedicated to his images of chic Parisian women in a variety of situations--dating, shopping, vacationing, cycling--and captures that je ne sais quoi which is so enchanting about those often imitated females from one of the great fashion capitals of the world.

An appreciation for the cute boys on bikes we've captured here at Vélo Vogue has been called to our attention. We like seeing them, too. Indeed, what about the boys? So in response to Kiraz's show at the Carnavalet, I'm giving you my take on the coolness, the class, the beauty of les hommes de Paris.

Donning a cap and coat in the Marais: 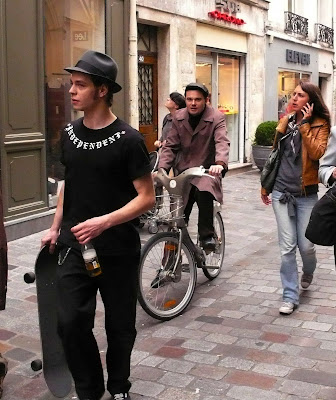 On his cellie outside Place des Vosges: 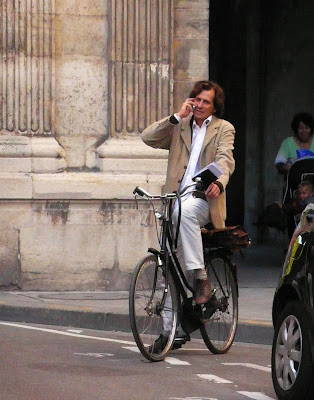 Waiting for the stoplight, or the leaves, to change color on a bike lane along the Seine: 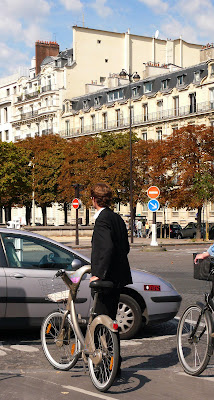 Ciggie break while picking up his Vélib'. 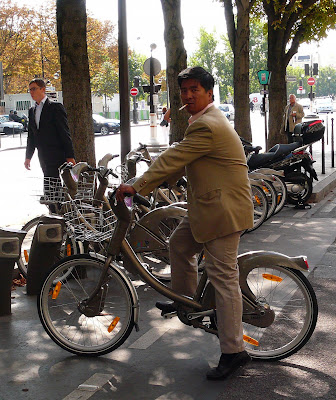 Who needs to break for a ciggie? 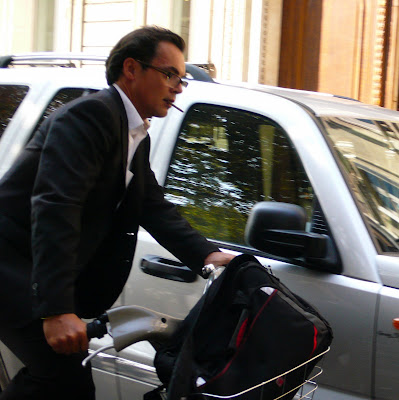 The vest with jeans look in St. Paul: 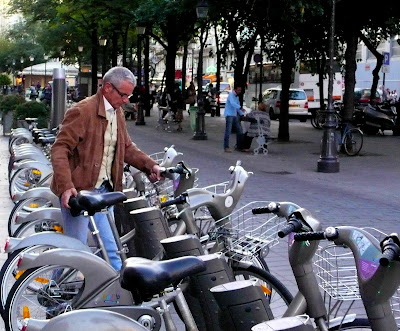 I was in a cabine de téléphone when this man in yellow shirt and pinstriped pants pulled up. Gentlemen take note: Parisian men know how to combine and take risks with color! 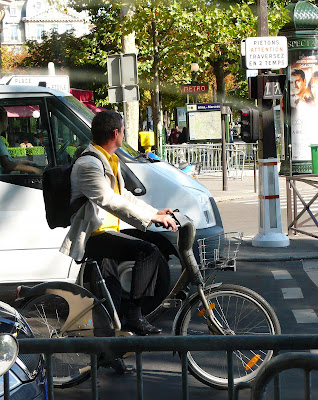 And all I could say was Hallelujah when this man rode by me in front of the Eglise Saint Sulpice. God bless les Parisiens. 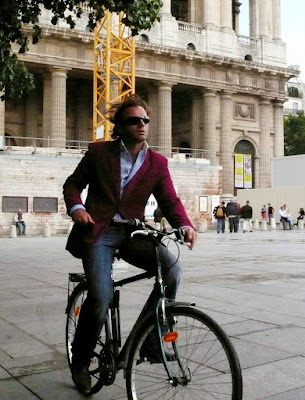 You really captured some great ones in Paris. Are you sure that last one isn't Mikael from Copenhagen?? Love your blog - keep it coming!

Those are some really nice photos. Thanks for sharing the beautiful sites (and men!)of Paris.

Hey there, ladies! Thanks and it was my pleasure. Not sure if that's Mikael, but I'll ask him!

nice!
thanx for happy eye-candy monday to me <3

I would have tossed a little stick into the spokes of the guy in the last photo, just so to have a chat with him and then offer to kiss his boo boos...phew! Glad you had a phun trip KT.

I'm with Laureen....hit him with a stick and nurse him back to health! -Flo