Fans from Up North

My photos of bike advocate Dan Nguyen-Tan were used in this tremendously funny satire piece on the Chico-based political blog: Commission Impossible. They were so impressed with my photography skills, they even asked me to be part of their team! Maybe Chico needs a few more bike-ridin' liberals coming their way! 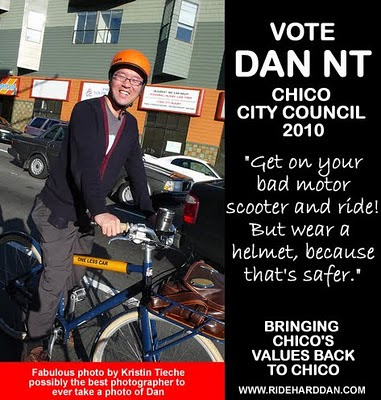 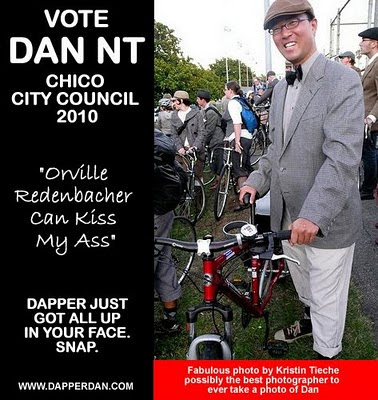 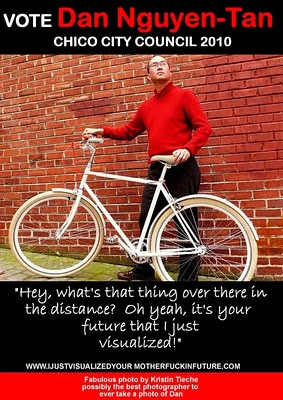 Please note that she did not create the campaign posters. Those were done by a professional political design team out of northern Lichtenstein.

I just got word from my informant on the street, Huggy Bear, that Dan Nguyen-Tan is moving back to Chico this summer. Nguyen-Tan, a former city councilor and possibly the greatest blogger ever produced by Chico's Norcal Blogs, is returning to run for council again in 2010.

Somebody in the City Clerk's office emailed me a scanned copy of his campaign filings. They're not even on the city web site yet. This is no joke. You heard this here first, and it's yet another powerful scoop coming from the people at CI.

Since I know Dan's campaign manager I was also able to procure some preliminary marketing material. It looks like he's going for the hip, fashionable, bike-centric vote. I think they've got the kind of ideas in that campaign that win elections. Go Dan go!