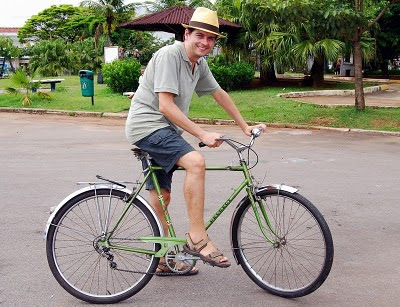 Hometown: Sao Paulo-SP - Brazil
SP neighborhood: Brooklin Novo, nearby the newest Sao Paulo landmark, the cable-stayed suspension bridge Octavio Frias de Oliveira
Favorite cities in the world to ride bikes in: In fact, until now I only could ride bikes here in Sao Paulo-SP, Santos-SP, Caraguatatuba-SP and Florianopolis (Santa Catarina). This last one was the best, but I have plans to ride in Tuscany-Italy soon 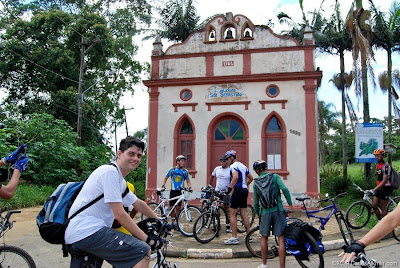 Helmet/No helmet/Headgear of choice: I use a very basic Sundown model, but I believe there are better ones 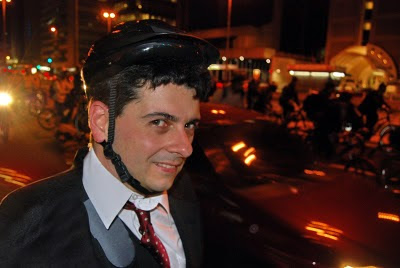 Type of bike: I have 3: a very basic generic trademark 2004 hybrid urban/mountain bike with 18 speed (more frequently used), an old 'kinda-speed-type' 1981 Caloi 10 and a typical tour bike, and a 1979 Peugeot 3 speed, a model shortly produced in Brazil 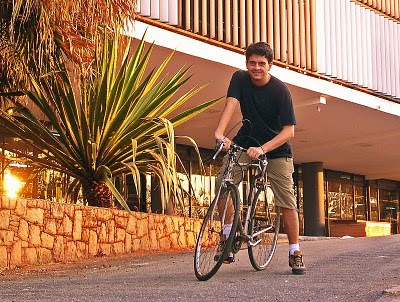 Describe what you like best about your bike: About the most used, it's lightweight, due to aluminum frame. 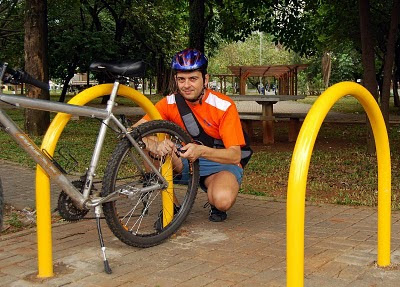 Describe your cycling experience in SP: Sao Paulo isn't definitely the best city to ride a bike. Cars and buses drivers are often stressed, air is frequently polluted, rain comes suddenly and there are few cycle paths for such enormous city. Street borders and expressways aren't secure too. But there's nothing better than the bike freedom, the other side of the same coin. Going somewhere by bike or even walking is faster than staying immobilized by the traffic jam inside a car or a crowded bus, parking is allowed and free, even though not always secure and we can discover a new city, stopping by almost anywhere you want.
Favorite time or place to ride: night time, through calm streets, alone or with 'bicicletada' critical mass 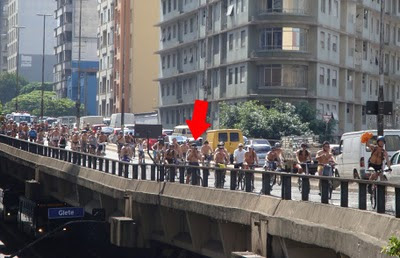 Favorite color: green
Artist most currently played on your iPod: all the best british rock bands, some jazz, chill out and only the best of brazilian music. Extreme commercial pop and subproducts of the cultural industry, no way!
Describe your personal style: just a low profile nice man 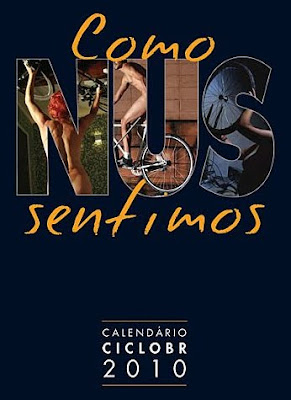 What it is - a fund raising project based on the same principle of the "Calendar Girls," however, the nudity here has 2 extra meanings: the way cyclists feel to face the traffic (without protection) or what else could they do in order to become 'less invisible' to drivers (we are naked to get attention). That's why the name of the calendars is (in portuguese) "Como Nus Sentimos" or "How Nude Do We Feel," The word "Nos" (relative to ourselves), was changed to "Nus", which means "Nude," a play on words.

Why it was made - being a fund raising project, the sales profits will go to Instituto CicloBR, which mission is to foster sustainable locomotion, especially bicycles

Who is in it - As models, there are 4 cyclists a little bit more famous plus others, annonymous but actives in "Bicicletada". The most famous is Soninha Francine, ex-MTV Brasil VJ and now politician, whose most recent function was "Lapa district sub-mayor" (Lapa is a Sao Paulo neighborhood). Also featured are Ida Álvares, ex-volleyball player who represented Brazil at the 1996 Olympics in Atlanta; Renata Falzoni - reporter journalist for ESPN and cycle activist; André Pasqualini - Instituto CicloBR director.

planning on doing a cycling tour in brazil next year, feb-march. thinking of bahia. any ideas??

Check out Chapada Diamantina in the state of Bahia, about 7 hours by bus from Salvador. I didn't do any mountain biking when I was there, but I think there are plenty of trails and probably some guided bike tours, which would be recommended!

Also Serra do Cipo (not in Bahia, in Minas Gerais) for mountain biking.

I don't know about touring though.

In fact, here ya go:

Met him when I was in SP. Very nice guy indeed!

Thanks for the lovely comments. Right now I'm away from Brazil and I had some some nice new cycling experiences that I'll describe later. Basel streets are waiting for me.